See the CHILDREN & TEENS DROPDOWN MENU for all Summer Programs!

Sweatt Beach Passes
Sweatt Beach is now open! We will have two passes available thanks to the Friends of the Fiske! Call the circulation desk to reserve and for details. We also have many other passes if you are looking for things to do this summer. Just visit the Fiske Museum Passes page under the Services tab.

Time to Enjoy the Outdoors
Borrow items from our LIBRARY OF THINGS. We have Bocce Ball, Lawn Darts, Cornhole, a Metal Detector and More! See the loose-leaf at the front desk and ask for details.

Story Walks
There is a new storywalk around the Library! Come check it out.

Beginning May 31, The Friends of the Fiske will be having a small-paperback book sale in the front lobby. All paperbacks on the specially-marked carts are just 25 cents each.. Stock up now for some great beach reads, there are lots to choose from! We are accepting donations of gently-used paperbacks up until June 8 for the sale!!

Thank You
Thank you to the Sohoanno Garden Club, as always! Our Library has never looked better!

Foreign Film - POTICHE (Trophy Wife)
NEW DAY!!
WHEN : Thursday September 15
TIME: 7:00PM
LENGTH : 103 min.
When her husband is taken hostage by his striking employees, a trophy wife (Deneuve) takes the reins of the family business and proves to be a remarkably effective leader. Business and personal complications arrive in the form of her ex-lover (Depardieu), a former union leader.
Join Us!

The ZOO is open until late October!! We have a new batch of ticket thanks to the Friends of the Fiske. Please note the Admission Only ticket price has increased to $25 each, cash or check to the Friends of the Fiske. Admission this season is $27.00 if purchased online, $32.00 at the door. No limit for Wrentham card holders, limited to 2 tickets for non-Wrentham card holders. You MUST have your library card to get the tickets.
See the Fiske Museum Passes page for more details. 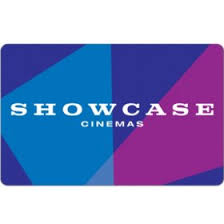 Showcase Cinema TIckets!
You can now purchase discounted Showcase Cinema tickets at FISKE thanks to the FRIENDS OF THE FISKE.
Tickets at $10.00 each, good at any Showcase Cinema in the U.S. (NOTE : Lux Level, 3-D Movies and other special theatres are subject to an additional fee at the theater.)
Not valid for telephone or online orders. See ticket for all rules. No limit for Wrentham residents, limit of 2 tickets for non-Wrentham residents. The ticket purchased at the Library must be exchanged at theater box office for admission ticket. NO EXPIRATION.

PEKING AND THE MYSTICS
WHEN : Thursday September 29
TIME : 6:30
Peking and the Mystics was formed by alumni at Tufts University and its acapella singing group, the Beelzebubs. Over the years PATM has toured nationally and internationally, including trips to the Far East and South America; recorded albums; appeared on television and radio programs; and has been featured in the print media. The group's eclectic repertoire, comprising original arrangements by PATM members themselves. features vintage vocals from such genres as swing, jazz, doo wop and pop music, representing every decade from the 1930s to the 2000s. 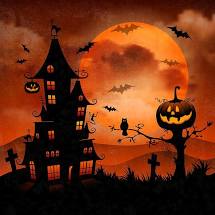 GHOSTS AND LEGENDS WITH JEFF BELANGER
WHEN : Thursday October 20
TIME : 7:00PM
LIVE and IN-PERSON! This ghostly multi-media program will take you on a journey through the haunts in your backyard, and around the world. Pulling from his research in his books, podcasts, adventures, and the various television shows he’s worked on, join one of the nation’s premiere storytellers for a trip through the unusual and the unexplained. This program changes every time it’s given.

Details on registration will be forthcoming

HUNGRYTOWN
WHEN : Thursday November 17
TIME : 7:00PM
HUNGRYTOWN, which is the musical and married duo of Ken Anderson and Rebecca Hall, have been making music full time since swapping their midtown New York cubicles for the hills of New England in 2004.
Their music mixes the snow of their home in Vermont, the dew on the grass of a cool summer morning in the Appalachians, the hard-scrabble grittiness and pluck of common folk the world over together with the melancholy of lost loves, broken hearts, and shattered dreams, distilling it into an intoxicating, hauntingly seductive blend that you always want more of. Ken and Rebecca’s multi-instrumental artistry’s range and depth is impressive, running from a shy lover’s soft, gentle caress to a hardened, bitter fist shaking against an evil fate, to a wry, ironic, self-mocking sense of humor. Their voices, each a thing of wonder in its own right, when combined completely bowl you over and by turn lift you to dizzy heights of joy and dash you to aching sadness. If you enjoy folk music with substance and style, your appetite for Hungrytown will never be satisfied.

Details on registration will be forthcoming.